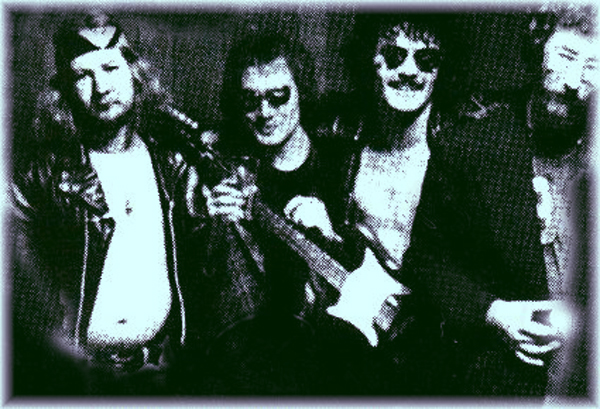 Mike Rep and Tommy Jay are two of the Midwest’s most unheralded 70s songwriters who are only just beginning to get their due in the underground circles thanks to reissues from Siltbreeze and Columbus Discount Records, and we here at Hozac have been huge fans from the sidelines for years, so after booking Mike & Tommy to play our Blackout Fest this year, we decided to hit them up for a reissue of this often overlooked private press gem in their quiver. True Believers was the first actual “band” that “played live” of all of Mike & Tommy’s projects and along with Tommy’s brother, The General, and the occasional Nudge Squidfish, these three songs are just as pivotal, perfect and proto-punk’d as possible for these Ohio outsider icons. Originally recorded in 1979 and released on their own New Age label in 1980, it’s been one of the hardest releases of their canon to pin down, so we’re beyond excited to make this missing link of Ohio “new wave” history available once again at a reasonable price, because we all know you need more of Mike & Tommy Jay in your life. All three of these incredible tracks were only added as CD-bonus material previously so now is your chance to grip these in their original state, GUSTO HUNGRY! -VictimofTime.com

What exactly is the germ of Columbus “weirdo” rock? There have been many left-of-center acts around the Heart of It All (i.e. Ubu, Eels, Devo, Numbers), but what sparked those in Columbus, or better yet, greater central Ohio? Was it the Beatles-mocking talent shows (faithfully preserved as Acid Archive relics) at Northland Mall? Terry Davidson and the Barracudas? The appearance of the Velvets at the once revered and now (somewhat) defunct Valley Dale Ballroom? The day Shep stepped off of the Santa Maria from distant Florida?

There were Slits and Shouts and Urges permeating in Columbus back in the day, but none more unified in sound and vision as the True Believers. The True Believers, who existed in the capital from 1979 to ’81, consisted of dudes who would go on to amass a string of records that laid the blueprint for home-recorded freak-rock. For the city, and the various bucolic ’burbs that make-up Central Ohio, these were men well versed in records and “alternative” universes, rituals, and barbiturates. We do live within extreme proximity to the Serpent Mound, a well-known refueling station for aliens and depleted soulless souls. Then there’s Harrisburg. That mythical po-dunk has been the home base for these misfits: Tommy Jay, Mike “Rep” Hummel, Nudge Squidfish (the “Indian” of the group), and a guy they call The General. Before all of that—the Quotas and Bugmen—naughty things were being done with tape in basements in Bexley and Grove City. Counter cultures were being waxed and pontificated upon with pills.

I’ve never tried a Q’lude, but oh betray me if they didn’t see the light at a reputable age. How did they find each other is the question. “Accept It” (Hozac Records) is the germ. As Mr. Hummel suggests, “Time has dimmed some details in these blasted brain cells,” and the song whittles down a particular primal nerve. At this 1980 precipice, Jay huffs through a very Midwestern psych odyssey, kempt by the urgency of the guys around him. He would go on to make one of Ohio’s (and perhaps the world’s) best outsider psych record in Tall Tales of Trauma. Just as much as White Light/White Heat plays a part in this archival single, so does Donovan, cheap drugs, Keith Richards, and the first “official” wave of NYC and UK punk. Just as intensely important is the boredom brought on by the bar scene in a proliferating university/cow town. Step over to “Gusto Hungry” and the presence of medieval reverence is obvious. It’s blues by way of Shakespeare. Go on to “Death By Freezing” and you might be fucking scared—these are madrigals infected by, ahem, basements. The obsession begins to take hold; either you will go forth, and, obsess over everything that comes after this germ or you will shun them as lo-fi charlatans, high on aberration. Hopefully you choose the former, as there’s a whole fuckton to obsess over. -Kevin Elliot (Agit Reader) 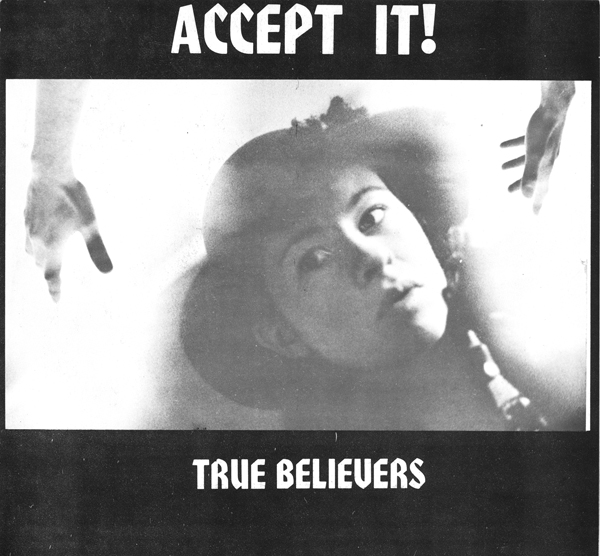