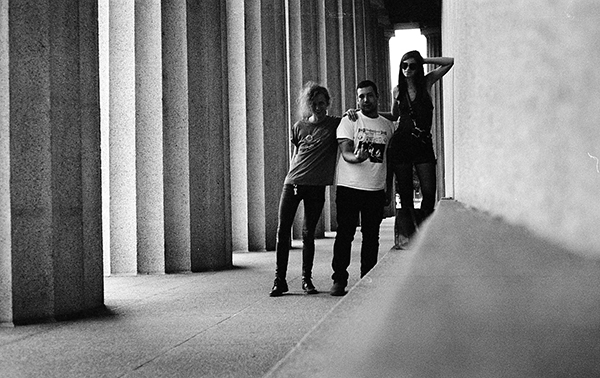 New Orlean’s most vicious byproduct is back with their most impressive effort to date. If you like your showers scalding, your sun blinding, and your brain crushed into a fine powder and then blown into your face, then this band is definitely for you. Trampoline Team’s sophomore LP is here and it’s got everything real punk is lacking these days. Toxic tonality, gutteral enunciation, and a guitar/bass/ drums onslaught that just doesn’t let up until you’re withered, drained, and left in a puddle of black fluid. The new LP is a step in the right direction from their debut and earlier singles, with a more guitar-focused brash’n bash, and angrier, less-stylized (yet just as desperate) vocals, which really crank up the animosity and intimidation factor across the board.

For a three-piece, this is hard-fried punk economics that does wonders for your lost brain cells, and it swings much heavier and harder than their previous efforts, where you could feel a pop-inflection in most of the chorus hooks. Those good times have been replaced with rage, and it’s a welcome emotion in our current state of affairs. Everything is straight for the throat here, restrictors unleashed, regulators removed, and what was hinted at on their “Drug Culture” single is now fully realized in all it’s filthy punk glory.

Michael He-Man’s laser-cut guitar riffs really come front and center, and with chops like that, you just HAVE to lay it on thick. Couple that with Sam’s lightning bass runs and massive vocal presence, it just creates this overall urgency, that pure “running for your life” adrenaline rush with every single track crashing into each other. A side note, but an impressive one, Trampoline Team are the ONLY band I’ve witnessed do a TEENGENERATE cover, and do it well, not an easy feat, but it comes with the territory with this caliber of punk. Now with Drew Owen (Sick Thoughts/DTK) on drums along with core members Sam & Michael, Tramp Team aren’t fucking around and are already beating you at your own game before you even get to the second side. – Victimoftime.com 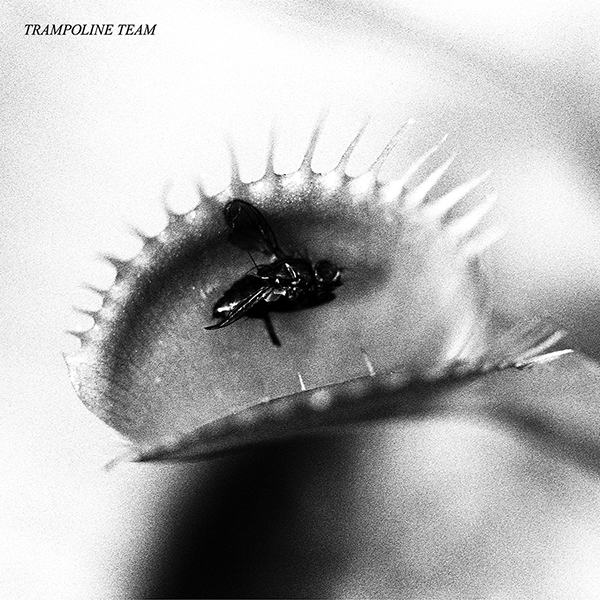