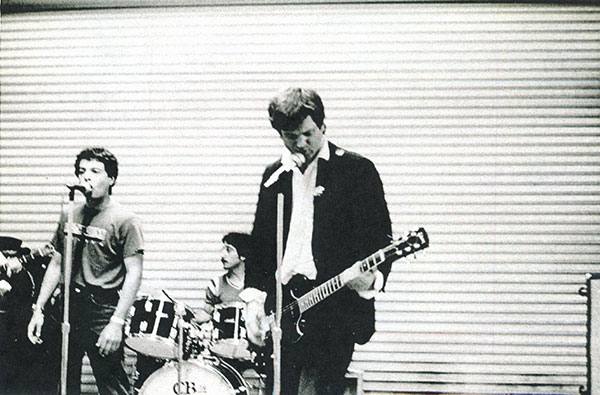 Another uncovered whopper, and a massive missing link of 1st-wave West Coast punk, the long-lost debut EP from Fresno, CA punk devastators The Subtractions is finally here. Fitting in somewhere between the fading surge of 70s Punk Rock and the imminent tide of Hardcore, The Subtractions crept in and bashed out these four incredible songs in 1980 that sadly never saw a release during their tenure, that is, until now. Massive thanks to Cory Lindstrum from Savage Damage Digest magazine who discovered the recordings, luckily we had access to the original master tapes to use for the EP, which is boiling over with punk brilliance, pulse-pounding and antagonistic anthems that immediately command your attention. – VictimofTime.com

“Fresno, California: located roughly between Los Angeles and San Francisco, but still off the beaten path. One doesn’t simply drive by but has to head east, along the smaller highways that pass the farms, orchards and pastures, before arriving at this dusty location. It’s in no way a glamorous place, instead quite gritty. What makes Fresno different than the other agricultural towns of the Central Valley is that it enjoys a strong punk rock scene with a rich history of great bands. Some you may have heard of – Capitol Punishment, Nazi Bitch & the Jews, the Frigidettes, Cambodian Kids, S.A.D. Boyz – many others you have not. Each of these bands is indebted to the one that kicked things off in this cow town – the Subtractions. Regarded as Fresno punk ground zero, the band only existed 12-13 months – Fall ’79 to Fall ’80. Still, it laid the groundwork for every local punk band that came after.

The Subtractions were the first of its area to bring punk rock to the sleepy blues bars, the first to play a rented union hall and the first to hire out a large scale ballroom and book out of town, nationally known bands. By ‘81 the younger crop of Subtractions fans began starting their own bands and the Fresno scene was up and running. Unfortunately the Subtractions would reap none of its benefits. The Subs had called it a day by late 1980. Most of its members continued playing locally in other seminal bands before finally leaving town or settling in into careers and life. Luckily for us the band not only recorded many of its rehearsals but also spent time in a sixteen track recording studio. Here we have four tracks rescued from the vault, originally recorded for the band’s aborted vinyl debut – enjoy!”
—Cory M Linstrum Alameda, California 2015

>>>check out the Fresno/Subtractions mini-documentary here:

HoZac Releases by The Subtractions 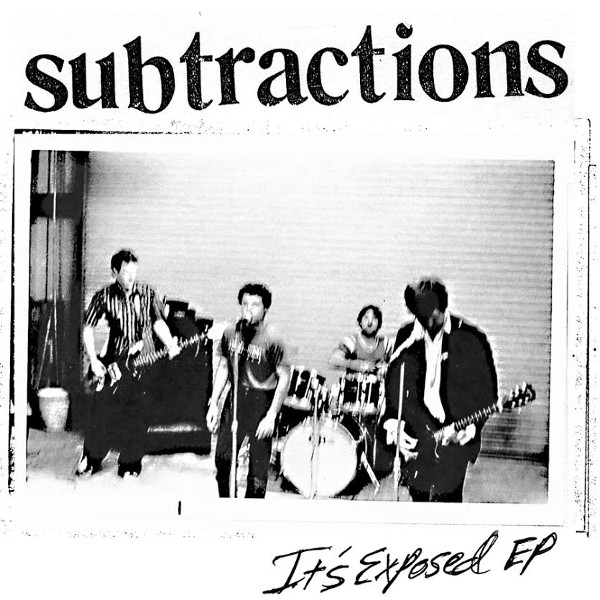