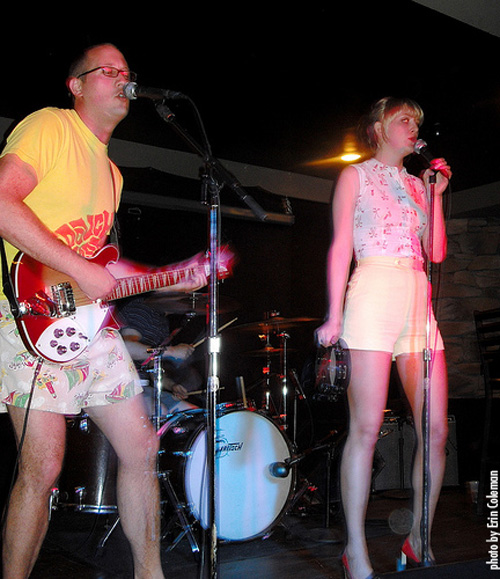 You know Summer is finally here when the jangle pop kicks in full-blast, and nothing encapsulates the warm breeze and excitement of great times to come than the debut 7″ EP by Chicago’s Sleepovers. Formed from members of the good-time party folks from The Bold Ones (twins Dan and Doug) and The Yolks (Nathan), the Sleepovers hit the nail on the head with irresistibly catchy songs that instantly summon images of beach parties, beach bonfires, and beach balls bouncing around in your head, all to a snappy power pop soundtrack that Joey Levine himself would gush over. It’s a shame that most attempts at modern bubblegum songs can’t sound this natural, but the real ‘secret’ in the Sleepovers’ repertoire is the exhilarating dual vocal interplay between newlyweds Dan & Annie, laying on the sugar by the truckload, perfectly humming along with the pumping Farfisa, and those impeccable hooks. The raw innocence and delirious danceability these three guys and girl conjure up at each live performance only proves further that when it comes to uncut bubblegum pop brilliance, Sleepovers are Chicago’s finest specimen, and a band you can’t miss both live and now on record. 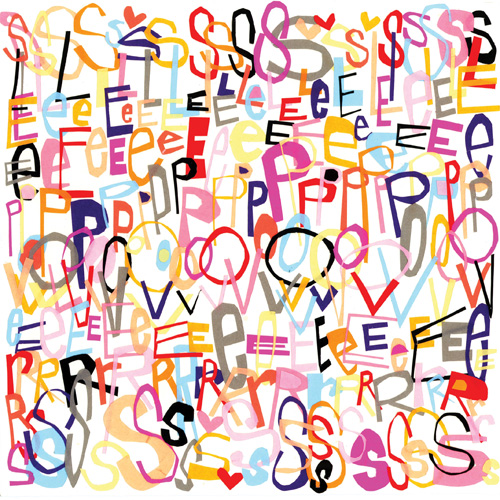