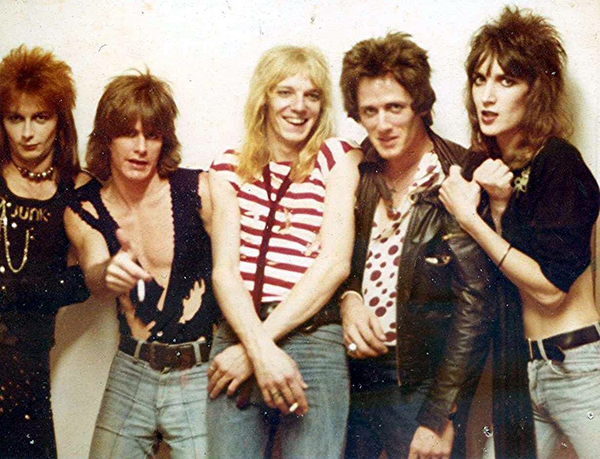 Atlanta in the mid 1970s was not exactly the place you’d expect punk and glam rock to sprout, but with a little research into the quality of proto-punk bands descending upon the city during the 1973-74 era (NY Dolls, Stooges, Teenage Lust), its not hard to believe there would be a few brave souls who would take up the torch for dangerous and loose rock’n roll savagery and stake their claim as pioneers of this classic sound, well before it caught on elsewhere below the Mason-Dixon Line. So as history would have it, there wasn’t much real record label action that took chances on the very few real punk bands that dared tread these grounds, otherwise you’d already know the Razor Boys pretty well by now. With roots as far back as 1975, predating all the debut punk records released world-wide, Razor Boys were quite the anomaly, especially in the Deep South, and their outrageous & androgynous sleazy glam look wasn’t helping them win over many converts in the Allman Brothers/Lynyrd Skynyrd-saturated cover band circuit either.

Always honing their craft on the dangerous and damned side of the rock’n roll spectrum, these guys had a very distinct look that was somehow stuck in time between the post-NY Dolls glam era, and the upcoming LA “Hair Metal” look, but at least five years before that LA scene took root. The music on the other hand, is white-knuckled, trashy rock’n roll at it’s finest, delivered with pure dereliction, and always a side of extra sleaze. But make no mistake, these raw-dog recordings have very little of the trappings you’d associate with 80s pop metal, and definitely lean HARD on the punkish rockers, with nary a tame song to be found across either side of the LP. It’s too bad that these guys were so ahead of their time, as the studio recordings contained on this LP from 1978 will attest, the Razor Boys took their debaucherously seedy song material and combined it with air-tight punk precision, and dropped it into a world that just wasn’t ready.

Thanks to our crack A&R team at HoZac Archival, we’ve rescued this monster from the depths of obscurity and the “first Punk LP from the Deep South” can finally breathe alongside it’s well-known contemporary bretheren, and rightly find itself back in the historical timeline, where they belong. Now, on the eve of it’s 40th anniversary, the Razor Boys are finally getting the recognition they should have had all along, and hopefully their legend will only grow from here, as their originally intended LP is finally available, so far ahead of their time, for the first time in any format.
– VictimofTime.com

Mailorder edition of 100 with with Promo Poster 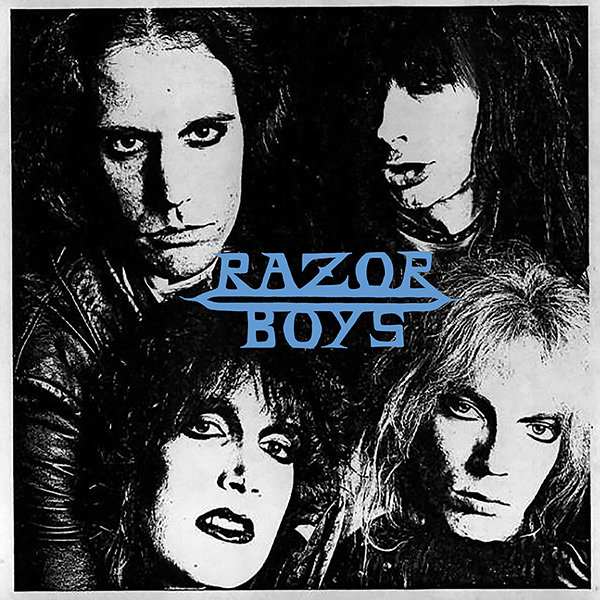