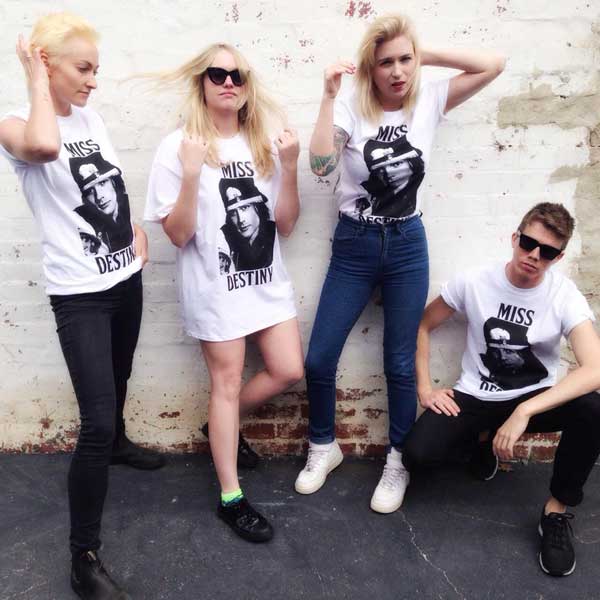 If your ear wasn’t already glued to the ground of the current Australian global invasion, here’s yet another sizzling release from down under. MISS DESTINY are made up of Harriet Hudson (Southern Comfort/Circle Pit), Harriet Stewart, Annie Llewellyn and Brett Bevege – aka ‘3 girls, 1 gay’, as they like to say and are blonde rock outfit, which pays tribute to the flashier groups of the past century. Prep yourself for shocking horror/glam crime tales across the two tracks on the Destiny debut; “House of Wax”, which is quite literally about the movie house of wax (the Paris Hilton verson) and “The One”, which is about Dolce & Gabbana getting arrested. Expect razored vocals and a broken down rock sound under a glamorous veil. Get in quick before the limited edition gold version/special sleeve SELLS OUT! – Victimoftime.com

Recommended If You Like: 45 Grave, The Muffs, Southern Comfort, Circle Pit, The Raunchettes, Redd Kross

Official video for ‘The One’ Directed, Shot & Edited by Andrew Gove 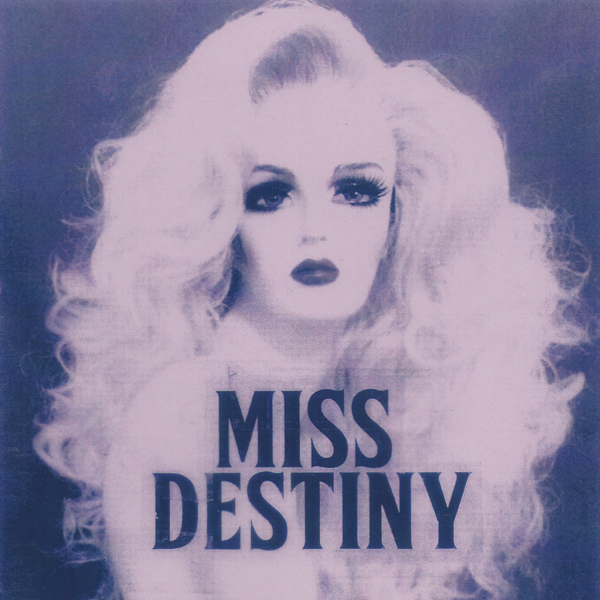 Miss Destiny House of Wax / The One 7″