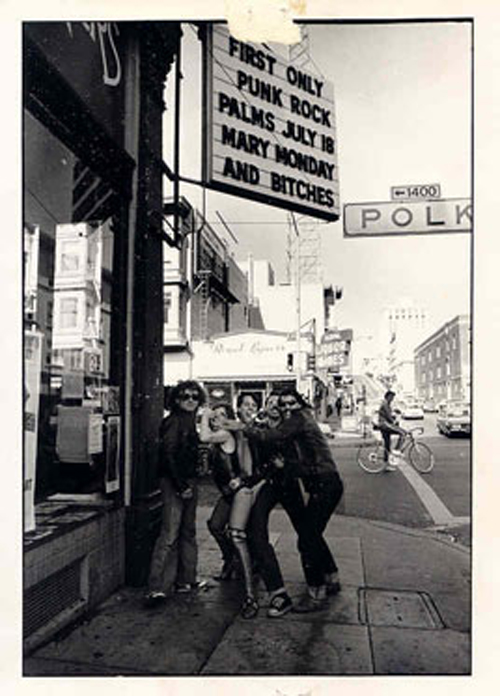 “Oh Rickie you took my razor blaaade, Oh no now how am I gonna playyy…” One of the greatest west coast punk singles of the first wave is back in print and ready to smash your party right in your face. Former stripper Mary Monday had a life shrouded in mystery, and conflicting reports in the historic documentation as to the band and Mary’s origins are still baffling punkologists to this day, including her mysterious death a few years after this single’s release. As legend goes, she arrived in San Francisco from Vancouver in 1976 with green hair and put together a band that played around the Filipino cabaret scene at the Mabuhay Gardens in 1976. And in August of ’76 when The Ramones made their first West Coast appearances, the opening band for their big San Francisco debut show upstairs at the Savoy Tivoli was Mary Monday & the Bitches. Later on, Mary met up with the Street Punks, with whom the tracks on this single were penned by. The Street Punks would play shows as a separate unit (and eventually part ways), but with the blinding punk guitar screech acing up and down both sides of this classic single, this is where the planets aligned and such an epic formative sound was created, aged even better with time.

At one point, Mary Monday’s band featured a second female lead singer, Vermillion (Sands, later a writer for Search & Destroy) whose tough biker rock solo 7″ on Chiswick a few years later is also worth tracking down. But we can honestly say, you will never forget the pouty-punk slop perfection of “I Gave My Punk Jacket To Rickie,” it’s as raw and stupid as punk ever was, cliche-riddled and screaming toward the gutter just like the best of the Dangerhouse singles that came along a few months later.

Fans of the Killed By Death compilation series will no doubt be familiar with “Popgun” which features some of the greatest unhinged punk lead guitar of the era, complete with that airtight rhythm section, it’s a shot of pure, snot-caked crotch punch that you won’t be able to shake from your head for days. Instantly out of print upon it’s self-release and never given a repress back during punk’s apex in the late 70s, this very early artifact of Bay-Area punk history is one of the first West Coast US punk singles, along with Crime, Berlin Brats, Nuns, Bags and Avengers, and arguably the first female-fronted self-released punk 7″ of the original wave. We are honored to reissue such a classic piece of 70s SF punk history, as well as one of the most memorable singles of the era that sadly slipped through the cracks, until now.

Up next is the Mary Monday & the Street Punks 7″ featuring two unreleased tracks including the demo version of “Popgun,” so get ready for even more! – VictimofTime.com 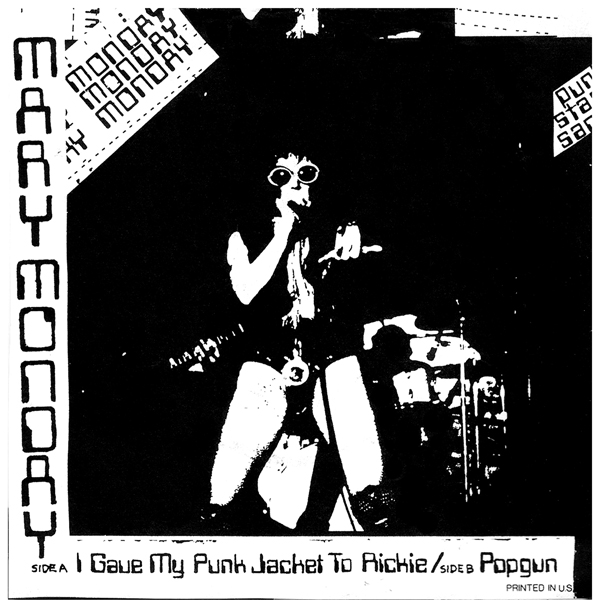