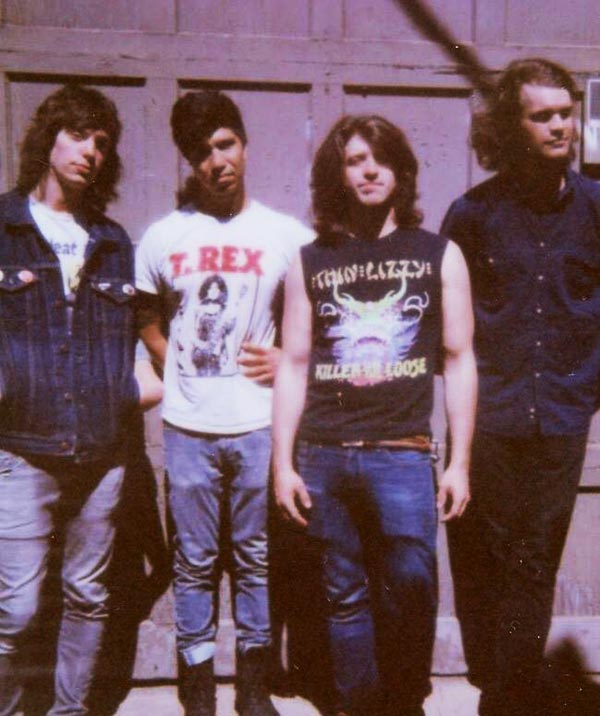 Chicago’s masters of disaster have officially arrived with the long-awaited 7” vinyl release of their debut cassette EP which exploded into the heads and hearts of true rockers across the country last year, and lucky for you it’s here screaming across the platter at 45rpm, just as God intended. MAMA are a truly unique band in these modern times, carefully executing massive and complex pop arrangements with blistering ferocity and rabid delivery that forces anyone “on the fence” about power pop to choke down that pride in one painful gulp. Merging hard rock slashings with AOR-style early 80s hard pop isn’t technically anything new, but MAMA have a rock solid monopoly on this sound right now, and just as the audience continues to “lose it” at their live appearances on a regular basis, now you can take that complete loss of self-control home to enjoy. But back to this sound, rarely has a band of heathens such as this managed to pump out such consistent hits, and without any of the low road short-cuts most bands get trapped into such as overdone gang-style vocals, or lackadaisical rhythms that point squarely to laziness and half-assedness, it’s just not in their blood.

MAMA cranks out nothing short of breath-taking lost pop hooks, bronzed in a hard rock veneer that’s impenetrable to anything short of military-grade artillery, yet just like that sweaty bottle of Michelob you’re drinking, always easy going down. This EP was produced by George Szegedy and Alex Szegedy from People’s Temple in a hazed lost weekend, so it had all the right elements in place for lightning to strike. And as much as their hard-hitting sound might not be as fashionable as the predictable din emanating from those hordes of greasy grilled patty clones, their sound is a beacon of true rock’n roll, and their bare-knuckled approach is always gonna win you over in the end. So pull up your pants, rip off your shirt, and bare witness to the true force of MAMA, one of Chicago’s high-water marks for raw, unrelenting rock savagery with such a sharp edge, circa 2015, you might not even understand it, and even if you do, try not to singe those pretty eyelashes of yours on their inescapable PURE HEAT. – VictimofTime.com 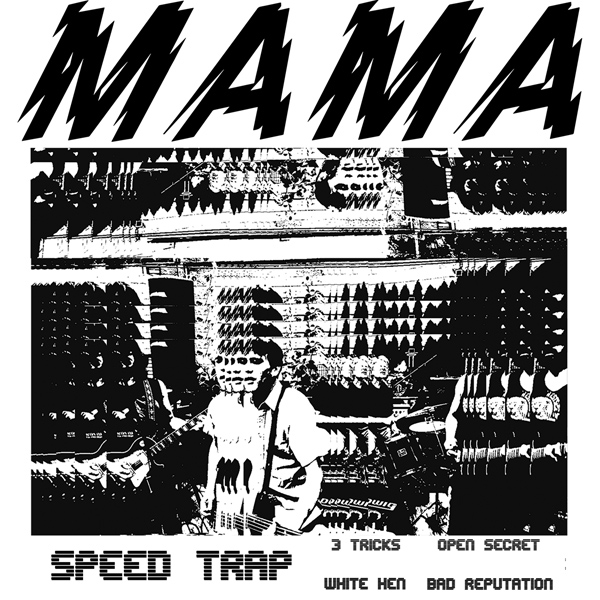