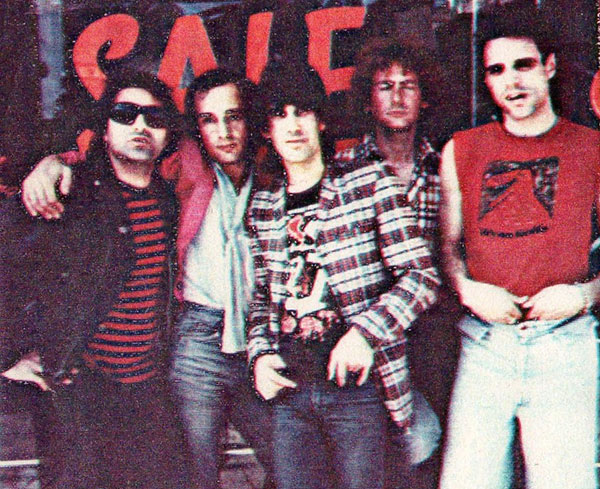 By now you probably know that we’re pretty big B-movie fans here at HoZac, and any time there’s ever a band performing in one of these films, it never fails to send those jolts of curiosity, as was pretty much the case with the classic 1980 horror film, New Year’s Evil. After we got the Archival leg of our operation underway, it was prime time to dig in and try and see if these near-mythical bands had any unreleased material, and sure enough, Made In Japan bit on the line and after a few email exchanges, we had a grip of unreleased 1979 material from one of Los Angeles’ unsigned bands of the first wave of punk on our hands. The Made in Japan story starts a little earlier than their appearance in the film though, as original bassist Bobby Asea was in Cyclops, the band that opened for The Damned on their first US tour in LA in 1977, Dave Codling (aka Maha Dev) was originally from the early 70s UK psych rock band Quintessence, and Barry Paul from Savoy Brown, as well as Heavy Metal Kids, so they truly had quite the offbeat pedigree. In late 70s LA, punk and new wave were inescapable so the melting pot runneth over with all types of rock’n roll remnants scattering about to form bands, and Made In Japan fit the mold quite well, despite sadly never acquiring a record deal at the time.

Aside from their promo-only 45 (The Cooler b/w Suicide Ways) issued by Cannon Films in 1980 and mainly sent to radio stations to promote the New Year’s Evil film, Made In Japan slipped quickly through the cracks, although they did play around quite a bit and even opened for Love as well as a few other LA underground luminaries in the late 70s & early 80s, and if you’d caught their insanely catchy song “Dumb Blondes” in the movie, the rest of the material luckily wasn’t far off. Taking cues from UK power pop band such as Buzzcocks & Nick Lowe, as well as LA locals Paul Collins Beat & the Plimsouls, Made in Japan carved out a little spot of their own, despite fleeting stardom, and luckily managed to record an armload of original songs before disbanding, to which we’ve got two immediate classics for you on this archival 7”, so dig in and even if you “don’t want no sensitive shit” you NEED these “Instant Hits” right between your ears, where they belong.

HoZac Releases by Made In Japan 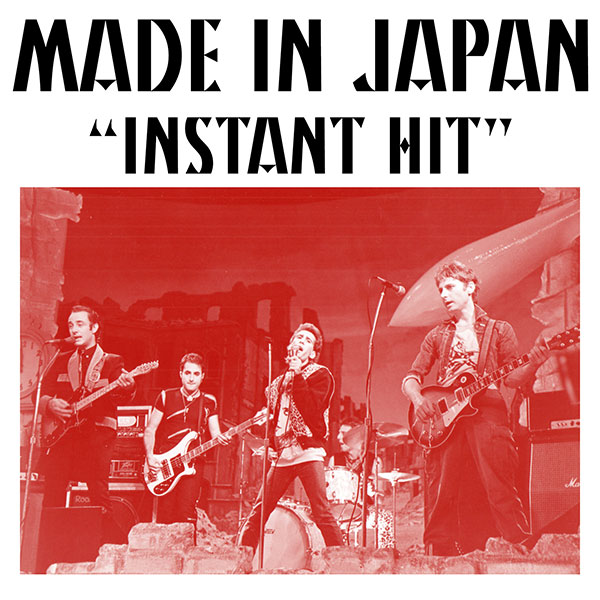