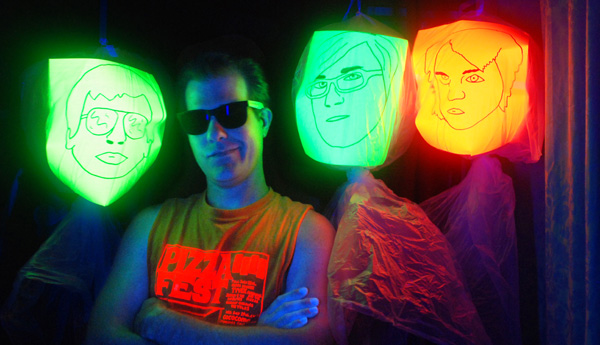 Rich Crook has already blazed a frightfully righteous pop pathway through the better part of 2007 with two stellar LPs and two great singles showcasing the hidden songwriting talents he always kept to himself while occupying the drumstool for such notable bands as The Reatards, Lost Sounds, and Viva L’American Death Ray, so once his songs reached the surface in his project with Jack Oblivian, The Knaughty Knights, it was apparent that Crook needed his own rocking vehicle to spread his undeniable pop sense to the outer limits of the rock’n roll underworld. HoZac Records is proud to present their first domestic vinyl release with a two-song 7″ of back to back brilliance for your listening pleasure.