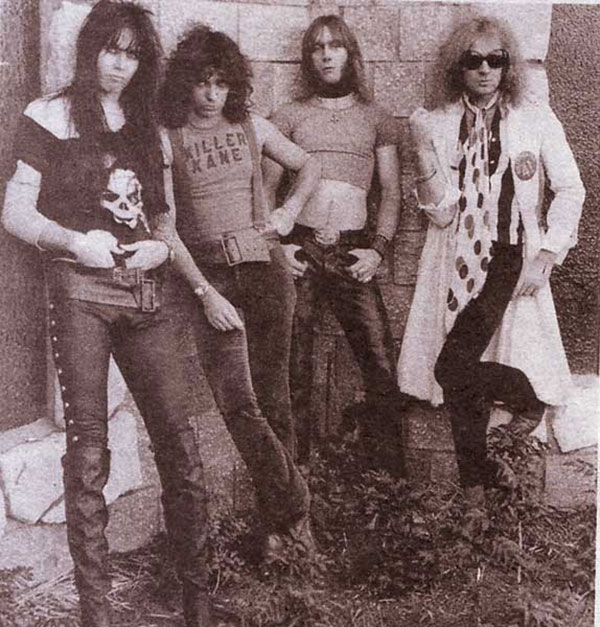 Another lost classic and missing link between the glam rock and punk era, Killer Kane Band formed its embryonic state during the New York Dolls ill-fated 1975 tour in Florida when Johnny Thunders and Jerry Nolan split and headed back to NYC, leaving the band in a desperate grasp for fill-in members, resulting in bass played Arthur Kane’s call up to his old friend Blackie Goozeman, from his days growing up in the Bronx, to fill Thunders’ spot on the remaining dates. The two decided to head to Los Angeles after the tour, as the Dolls days were numbered at that point, so they enlisted guitarist Andy Jay from the Motor City Bad Boys and drummer Jimi Image, and set out to conquer the LA club scene with their gritty Alice Cooper-styled proto-punk sound. Rubbing elbows with such netherworld luminaries as the Berlin Brats, Hollywood Stars and Ron Asheton’s New Order, Killer Kane Band didn’t last long, but made a lasting impact, launching the career of future W.A.S.P. frontman Blackie Lawless (Goozeman) in the process, as well as laying down a scorching three-track EP recorded in 1976 which we lay before you here.

Arthur Kane himself wasn’t the songwriter type, but just as well gave the band their underground figurehead icon, and allowed Andy Jay, and snarling impresario-to-be Blackie Goozeman, a platform to display their grimey gutter rock tendencies for the emerging West Coast punk scene to witness firsthand. The sole recording from the band was sent out to the fledgling label Whiplash Records in New York, arguably the first US Punk record label, and the Killer Kane Band 7” EP became their second release after the debut single from The Brats in 1975, bridging the glam rock, proto-punk, and hard rock sounds into an ominous and deadly dose of rock’n roll no one was ready to swallow. Fully remastered by guitarist Andy Jay from it’s original muddy mix into blisteringly bright editions of these pivotal pre-punk nuggets, we’re proud to continue the tradition of fortifying and preserving these underground sounds for easier access, and we hope you appreciate the results. 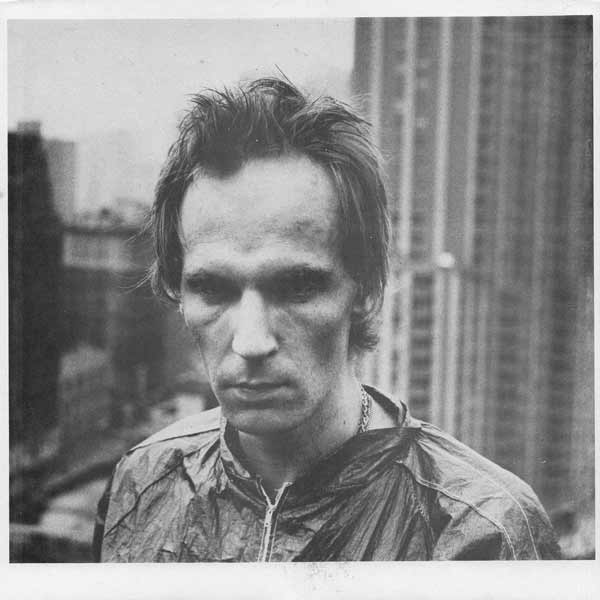