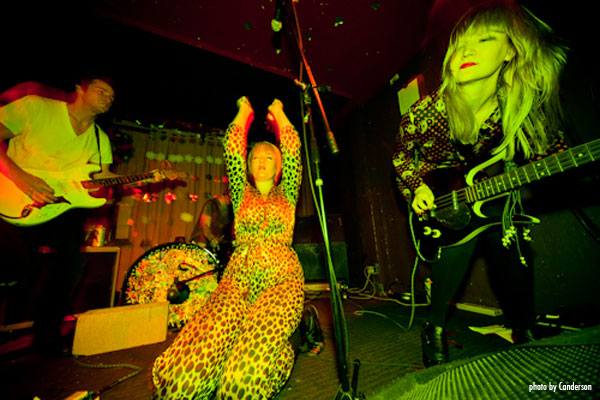 K-Holes began in an inauspicious, unambitious way. The goal was to play one show as a dirge surf band and then call it a day. Everybody was involved in other bands (Golden Triangle, Bezoar, Georgiana Starlington). K-Holes was intended to be a big party with no strings attached. Somehow it stuck, though, as the big party with no strings attached lifestyle will sometimes do.

Through long nights holed-up in a concrete room, the surf was stripped away and the dirge remained. A saxophone replaced a guitar and the sewer gas sound was complete. All nighters staring at one another through a haze of smoke, Budwieser cans crashing like cymbals against the floor, two beat up drums throbbing along with a $100 bass and the confused rage of a low wage in the digital age. Everything fell apart over and over. Each hungover day felt like a new disaster. So many shows, so many practices brought humiliating failure. Yet, they couldn’t shake the green smoke of midnight’s dreams from their daytime thoughts. It has been said that to do the same thing over and over and expect different results is the height of folly. Well, if you had to choose between the height and folly and a lifetime of humiliation, tedium and Sisyphean struggle, what would your choice be?

Anyhow, K-Holes did the same thing over and over. In today’s New York City, barren as it is to those who are not born privileged, what else was there to do? New results came, the old adage was disproved, and this record was borne. They can still be found, making themselves sick with rage, beer and bewilderment in that concrete room, living at the height of folly.  (Jack Hines)

Check out a live clip of K-Holes performing “Swamp Fires” off the debut LP (courtesy of Krissy Rubbles): 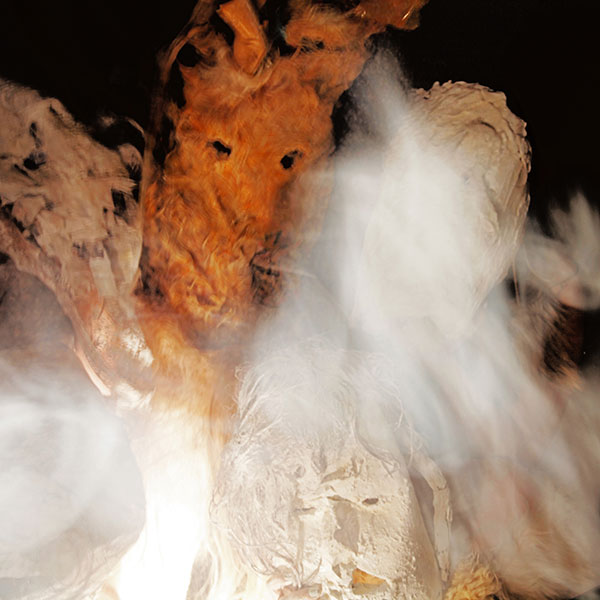