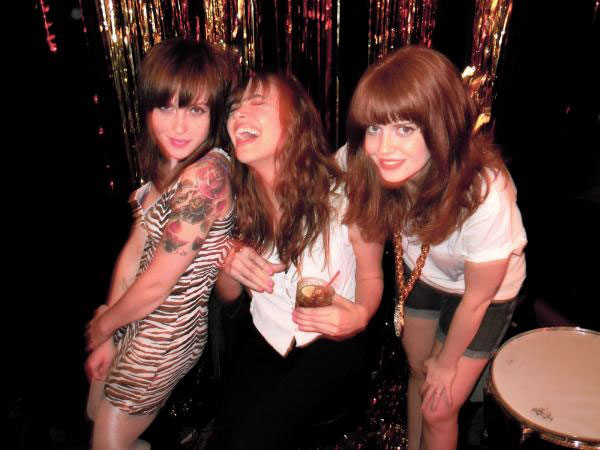 When we first heard the crudely innocent recordings of Brooklyn’s newly formed Girls At Dawn, it’s hard to recall which sunk in first, the jangling and angelic pop hooks, or the interwoven and uniquely eerie Rosemary’s Baby soundtrack-style backup vocals that accompany them. It really didn’t matter, as their songs have that special something that stuck right out and made the hairs on our collective necks stand straight up. Here we offer their debut 7″ single, hauntingly self-produced, home recorded goodness, played by three girls who effortlessly knock out great, simplistic and inescapable songs that swim around in your head and don’t let go. Quite like the hypnotic, mythological sirens who lured ancient sea captains into pits of despair, these songs seem just pure enough, until it’s too late to turn back and they’ve hooked you unforgivably.

Recommended If You Like:
Dum Dum Girls, The Shaggs, Frankie Rose & The Outs, Vaselines