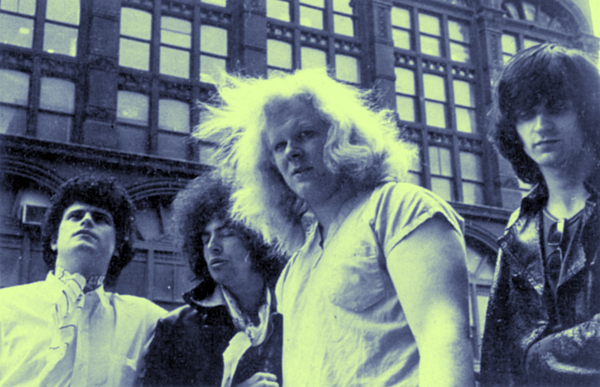 This is still hard to even fathom, let alone anywhere near realistic, but HoZac Archival Records is proud to present a little piece of history for you here, which, if you are still unexposed, will knock your “punk clock” back a few years, resetting your concept of what punk evolved from, where punk germinated from, and how unhinged the Midwest (Ohio in particular) was in comparison to the East & West Coasts in the days before the Ramones & Sex Pistols records littered the land. The Cleveland-based (and formerly Columbus) electric eels were unrivaled in terms of sonic mayhem for 1974/1975, especially for the Midwest, where extremities in music were very much unwelcome and were not given the opportunities that the art scenes of the coasts got to foster. Despite the fact that this band was the starting point for not only Nick Nox, later of THE CRAMPS, it must be understood that this was not composed, blues-based Stooges-style grunt, gorgeous VU-type noise, glammy Alice Cooper-style grime, or high-frequency bombast like the MC5. This was an entirely new species emerging from the primordial ooze of the fertile crescent of a cesspool that birthed the 70s version of punk as we know it, this was true madness captured on tape, catchy and infectious insanity flowing through the air that never, EVER had a chance during it’s time, and this is one of the reasons the eels have such creedence. It’s no surprise that it wasn’t until worldwide punk was in full swing three years later that the debut electric eels single finally came out of the gates, oddly enough on the Rough Trade label, as it’s certain stillborn death in 1975 wasn’t even conceivable, even to the Metal Mike and Lester Bangs-types lighting up the underground. The electric eels were the nexus of outsider noise at a time when there might have been several isolated antecedents in random basements in the early to mid 1970s, but none as stripped, bleeding, and almost too-cleverly-convulsing, and none more intimidating or more enigmatic considering how long it took their material to surface. This is the real deal, and there isn’t anything more we can say, but there isn’t much more than the electric eels when it comes to punk evolution, and the creatures much lower on the evolutionary scale than the currently accepted “godfathers of punk” music, wo will someday inherit this rotten corpse. And did we mention the B-side is the brutally beautiful comp-only track “Splitterty Splat” also recorded in 1975? Surely the planets have aligned, and this is our ticket into heaven, or madness, and yours as well, and we could not be more excited, proud, and genuinely scared to host these sacred recordings on our imprint. Crude, vile, & unhinged audio nihilism like this should never feel so uplifting, AMEN. – VictimofTime.com

Another devastating chunk of festering midwest proto punk from the inimitable electric eels, and the second installment in our singles series with these scurrilous sub-creatures of Ohio’s rich musical history chucks forth two more cauterizing cuts of whiplash thug rock your thin plane of existence just might not survive without. “Accident” is another Brian McMahon-penned brain-scrambler and features not only the angelic Dave E. on vocals, but also features Brian on vocals as well, coalescing into a tangled mess of treble-stabbing noise that’s just as life-reaffirming as it is polarizing. You just don’t get threats of sound like this anymore, and the stained path of insanity combined with the ambivalence that comes with being drawn toward something that’s so sinister, yet so seductive, is a feeling you really have to dig deep to find. The bonus here (as if you needed a bonus), is the rarely heard Morton/McMahon/Marotta “Wreck And Roll” composition from the 3×10″ Those Were Different Times boxed set, which shows their unique ability to create a pop masterpiece inside of a trainwreck, and another reason why the eels are so not-of-this-earth and were too far ahead of their time to even be measured.

As with our first eels 7″ single with an exclusive Christopher Ilth illustration/design, we’ve enlisted sleeve illustrations by Timmy Vulgar, tying this into a circular frame of reference, tribute, and influence encouraged by the band, further cementing their significance for the ages. And as I type this, my sweet, unassuming little cat is sitting next to me (looking much like the grotesque mummified feline on the back cover of the Eyeball of Hell 2LP eels collection released on Scat over ten years ago), and I can tell by the way her ears cautiously fold back as each wave of frighteningly brackish, punishing scrawl flows out of the speakers, it’s a reminder that even lowly animals have instincts that can sense impending doom. And in this case, it’s clearly an unimagined audio threat most humans might not even recognize, or would flat out avoid, and it takes those lower down the food chain to recognize this intimidating impendence, or does it? The electric eels are like nothing else before or after them, and it’s with great honor that we get to work with such important figures of the punk mythos before anyone knew what to call it, so pull that tail out from between your legs and jump all over this before it poisons the rest of the world.
– VictimofTime.com 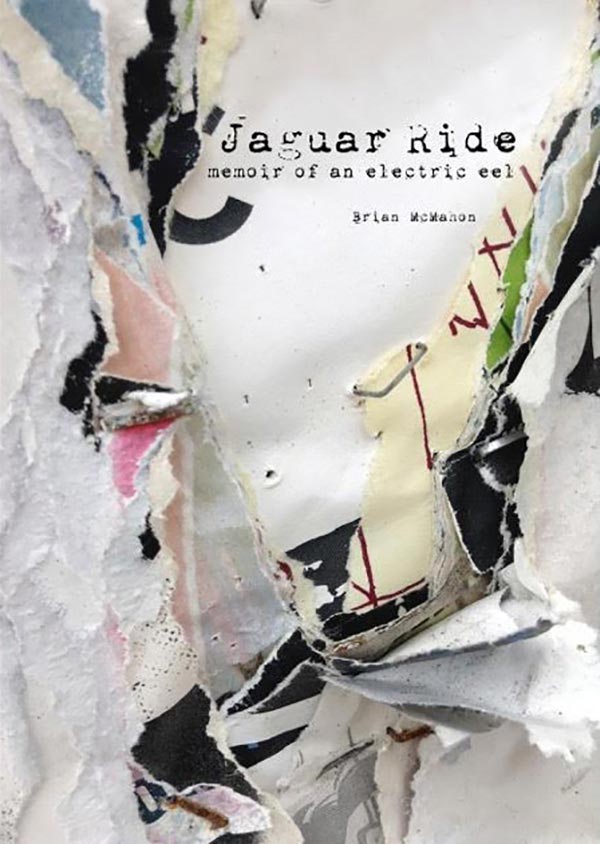 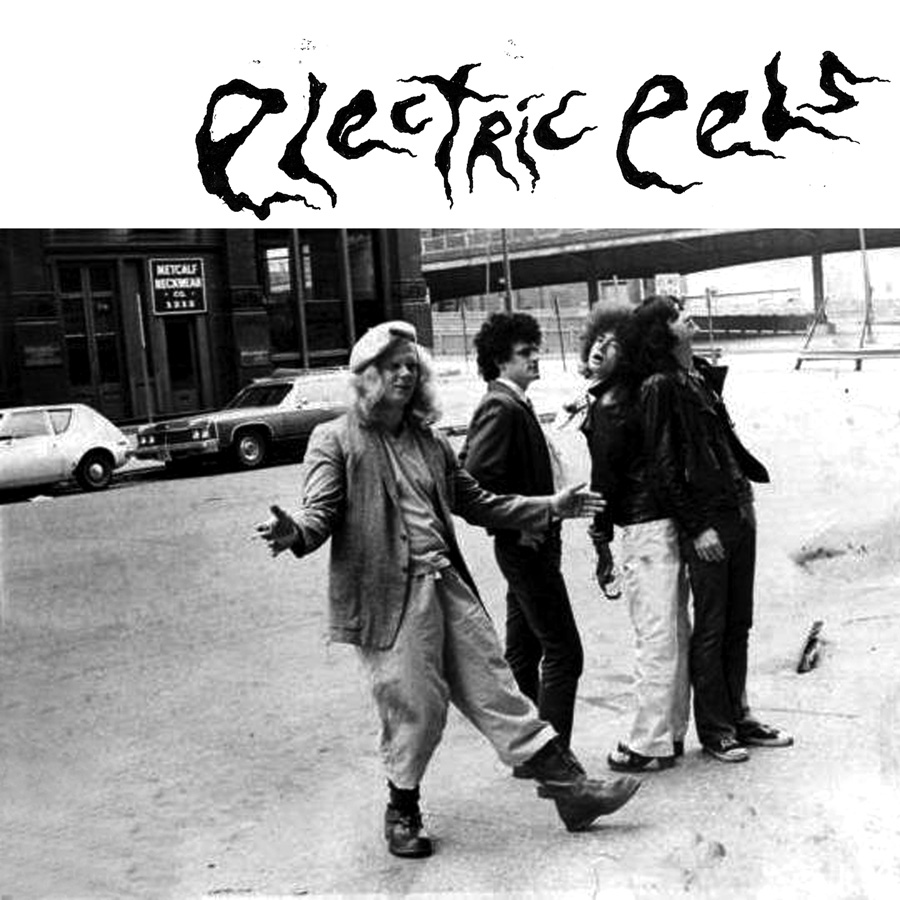 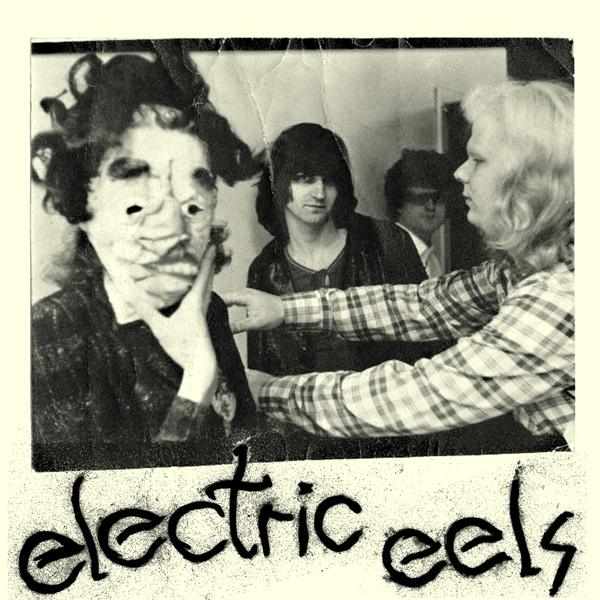