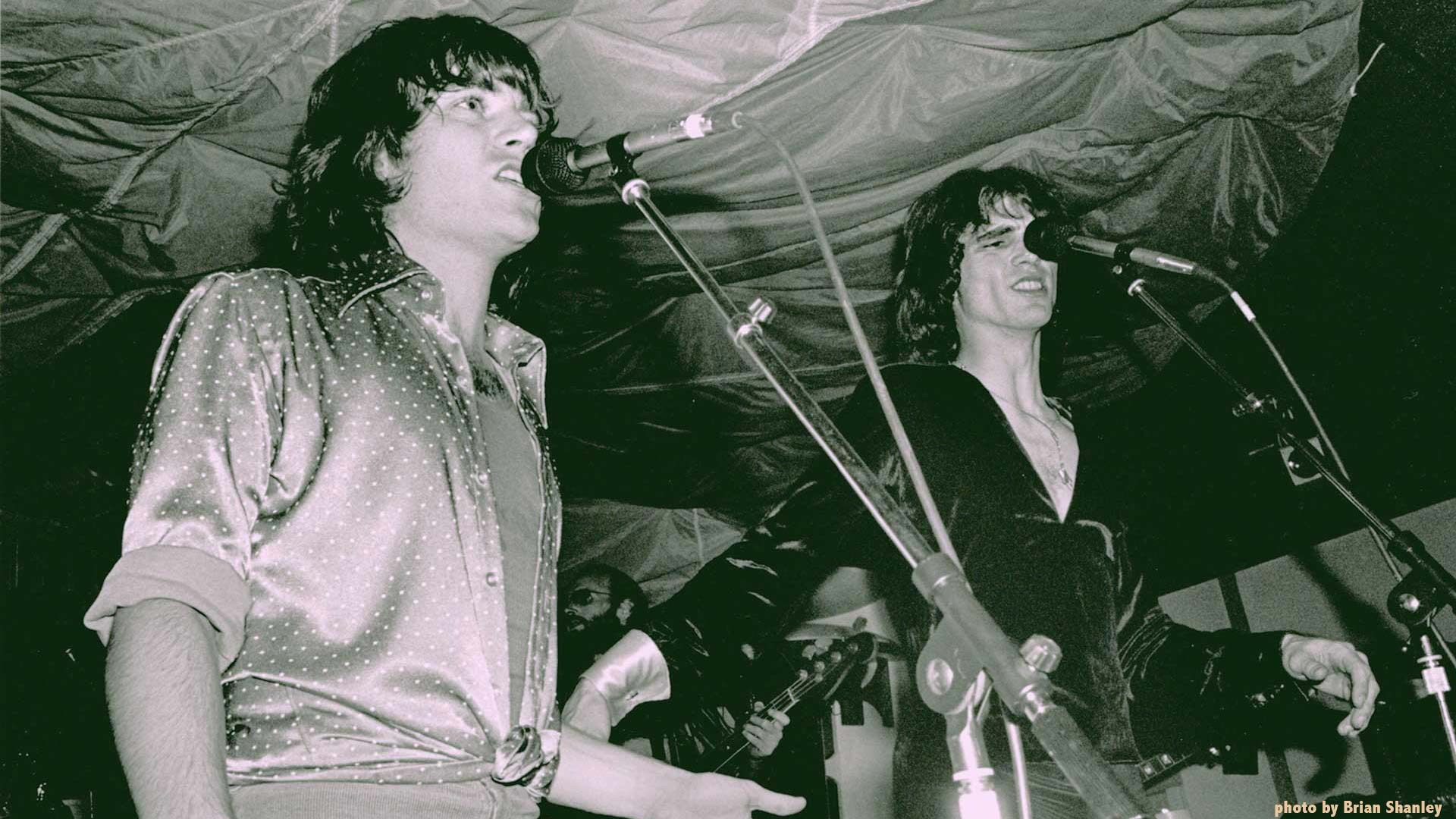 Dwight Twilley is an American power pop icon from the pre-Ramones/Cheap Trick era that slipped though the cracks due to bad management decisions and the entanglements of the major label record business. Despite his debut single “I’m On Fire” hitting the top 20 on the Billboard charts in 1975, he’s still unfortunately not a household name. Some called him the American T. Rex and others the missing link between Big Star and Tom Petty, but any way you cut it, Tulsa, OK’s pop hero has risen he’s and ready to knock you back to high school. He’s appeared on Dick Clark’s American Bandstand several times as well as the esteemed Don Kirschner’s Rock Concert TV series the SAME NIGHT as the infamous Sex Pistols episode in 1977, therefore it never aired. This anxiously awaited 2nd single was shelved in the summer of 1975 due to close proximity to the overwhelmingly popular JAWS film, of which the management sadly decided it would be ‘too cliche,’ so we have rescued the track along with a scorching B-side from the CD-only ‘Great Lost Twilley Album,’ procuring two incredible PARTY BLASTER hits never before available on vinyl. Pure pop perfection from the early 70s powerpop era that will light up your life and cap off your summer in the best way possible. – Victimoftime.com

HoZac Archival is back with our second 7” single from the Dwight Twilley Band vault, this time with two sparklingly powerful rockers, the first time for both on vinyl, culled from the Great Lost Twilley Album, and thrust onto a 45rpm disc for your pleasure. By now you don’t even need to second guess the raw power of the Dwight Twilley/Phil Seymour connection, and with that warm early Summer breeze wafting through your open windows, it’s clear that these good times belong to this sound, and this sound is right at your fingertips. The two tracks are from 1980 and 1977 respectively and deliver that impossibly tight pop sound you just can’t get enough of, the kind that can turn a small outdoor get together into a raging party, and the kind that can turn a bad day into yesterday’s news.

“Firefly” is yet another would-be hit which should have been resting at the top of the charts in 1980, yet contractual complications as well as inner turmoil knocked it out of contention, despite the appearance of the Cowsills’ Susan Cowsill on backup vocals, and one of the catchiest choruses in their entire catalog. Either way, we’ve got it here on the single that it always should have been, and backing up that massive hit is the uproarious lost 1977 track “Living’ In the City” with Phil Seymour on lead vocals, and some of the wildest backup vocals these guys ever laid down on tape, a true party going on if there ever was one, and yet another smashing pop hit you won’t tire of hearing any time soon. City Rock defined? Most definitely, and there’s nothing like a smash hit single from the Dwight Twilley Band to kick your summer into gear.

The legendary 1973-74 ‘Teac Tapes’ from deep inside the Dwight Twilley Band vault have been unleashed, never before available in any format, OISTER was the primary name of the Dwight Twilley and Phil Seymour duo from the time they met in 1967 until the release of their Top 20 debut “hit” single for “I’m On Fire” in 1975. The two “halves” of the Oister formed a whole, and a tight friendship and performing partnership took flight, and with Dwight’s incredible songs in hand, the two were off an running. Recording at home with one of the first (commercially-available to the public) multi-track Teac home tape machines, the Oister DIY ethic was locked in early, and just exploded with an endless stream of ethereal pop magic, most of which has never been re-recorded by the Dwight Twilley Band, remaining frozen in time. The pair were cranking out an impressive amount of original material and pressing small batches of their own acetate LPs locally in Tulsa to sell to their friends at school, of which, this 2LP collection rounds up 20 of their finest tracks, finally available to the public after over 40 years.

The early, primal years of the Twilley/Seymour Oister-era are sadly undocumented until now, with this 20-track collection, freshly remastered from the original tape for vinyl for the first time anywhere, now on HoZac Archival. These songs seamlessly bridge those heavenly Everly Brothers harmonies with their beloved Anglo Pop bravado, yet keeping the sound undeniably definitive of early American Power Pop. Ghostly echoes slip through some of the delicate tracks like spirits in the night, while others crank up the juice and just ooze out that real, uncut rock’n roll, framing up their successful next incarnation as the Dwight Twilley Band. Featuring liner notes from their friend and original session engineer, Kent Benjamin, and a crisp mastering job, the Oister collection is the impossible missing link between the Sun Records snarl and the melodic prowess of the British Invasion’s finest songsmiths, and now it can finally be yours. 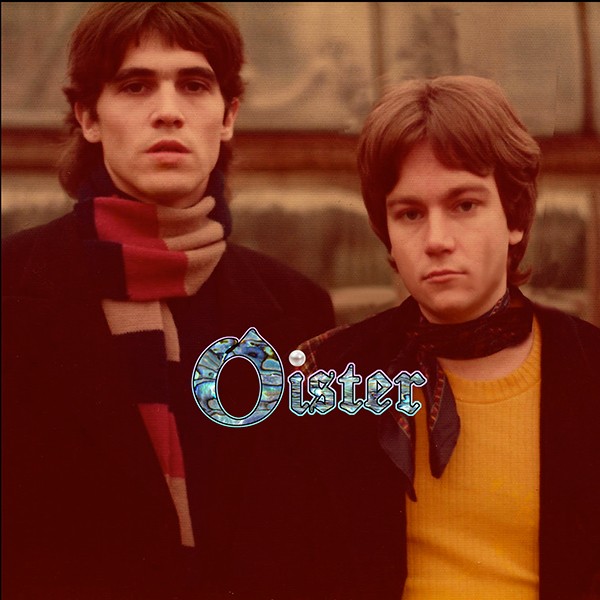 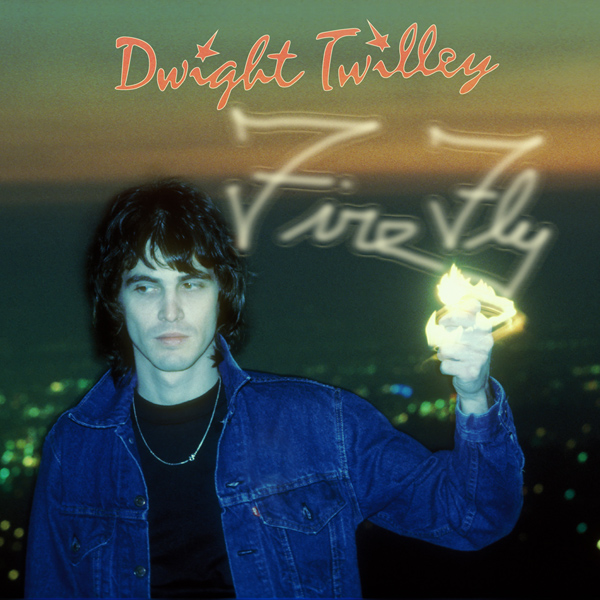 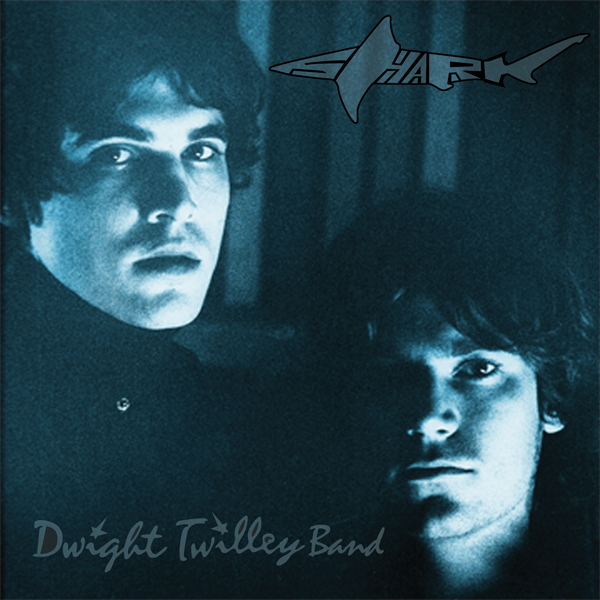