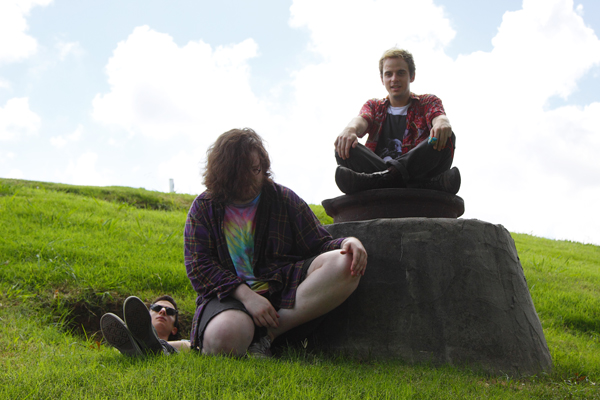 Cretin Stompers landed in our lap on an other-worldly afternoon one day, sent directly from the future and completely ready to bury your past and everything you’ve ever held dear. Not even a fully formed embryo upon their first recording, the interstellar project began as a long-distance collaboration between past members of the ethereal Barbaras, Magic Kids, Boston Chinks, (and later, Jay Reatard Band/Wavves) in Memphis, and their mysterious cohort, (who had never been met or even spoken to while making the record!) BIG MUFF RADIO, living up north in Brooklyn, and has reached it’s fully-developed final mutation in the form of the Looking Forward To Being Attacked debut LP. And just like a Xenomorph wrapping its way around your head right before that inevitable lobotomy, the Cretin Stompers infectious oozing pop slime will find its way into any of your exposed orifices, so be sure to wear a tight belt as this is one debut album with the power to entrance and eviscerate like never before…

With as many studio tricks and alien-like pop moves Cretin Stompers conjure, it will become obvious by the first few tracks that this is unlike any other album you’ve heard before, a true pioneering and sublime step into the iridescent pop dreams (and nightmares) of the not-so-bleak future. But don’t be afraid of what’s ahead, that’s just part of who we are, and more importantly, who you are, as someone who doesn’t let uncertainty cloud their ambition to make new discoveries or hold back your enthusiasm for the unknown. For this, you will be rewarded with a dynamic explosion of space punk filtered through a clogged toilet of remarkable pop hooks and impeccable melodic surges that hit such wavering heights, you just might need some orange slices to keep your eyes on the road. And as if Cretin Stompers couldn’t give you any more ear candy to clean out your cavities with, they have culled two superb covers from The Styrenes and Dave Brock (of Hawkwind) to knock you back to summer school with another research assignment, always the true sign of real innovators of any era of music. So don’t keep taking the same route to rock’n roll salvation when there are so many exciting ways to live, and get ready to have your mind thoroughly blown, because the future sounds fucking unreal. Also features exclusive artwork from the legendary Memphis fine art photographer WILLIAM EGGLESTON! – Victimoftime.com

>>Check them out on Tumblr

Check out the official videos for “Eye of The Storm” and “Adult Child”:


check out the feature on Brooklyn Vegan HERE 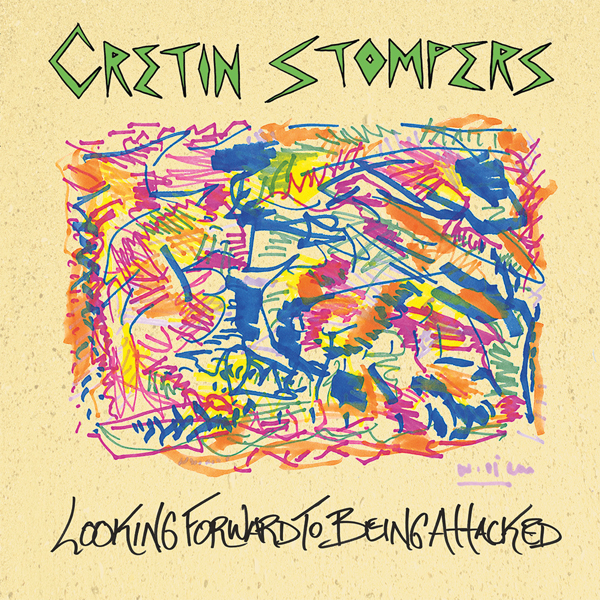