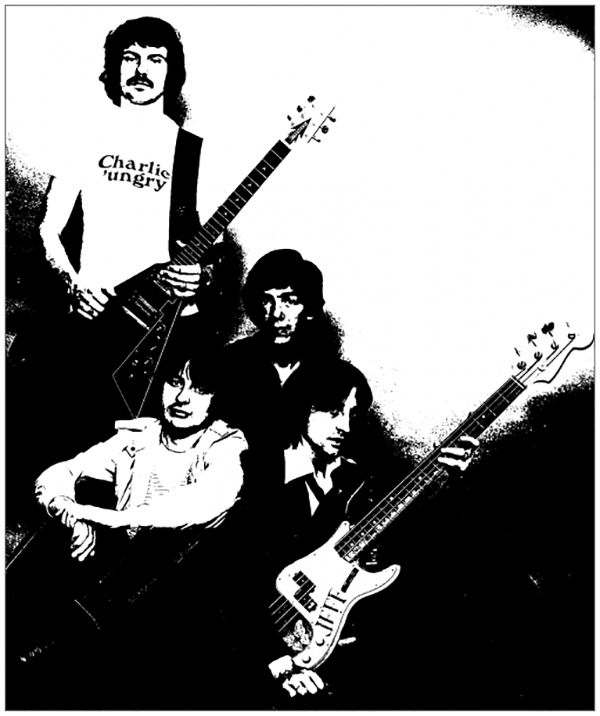 UK punk in the late 1970s was a vast and impossibly diverse sea of groper, mopers and dopers, all desperate to clamp down on the raw nerves of a new generation full of anger and distrust, and when you look deep into the well, there’s so many incredible overlooked gems, most of which don’t quite fit the mold of what was to be soon homogenized for the public. Apart from the higher end of the UK punk food chain, there were countless imitators instantly, all unanimously clamouring for the attention of the new wave, and one little self-released 7” EP from a group hell-bent on shaking up the emerging genre confines known as Charlie ‘Ungry, was among that vast output. Band founders Jeff Gibbs and Tony Sando had done time previously in Yellow Bird, a glam rock band that released one sole single in 1974 and then fragmented upon it’s immediate dismissal by the rock press, but they had more ideas to flesh out and by the time 1976 rolled around they had assembled the new group with Andy Demetriou and Steve Protheroe, named after a fictitious scapegoat Jeff’s father always blamed any misdoings on, and this Charlie ‘Ungry was born.

Leveling off their enthusiasm for a wider variety of sounds than most of their contemporaries, the band grasped a serious metallic sound right out of the gate, as their signature song “Who Is My Killer?” rips through the speakers in a NWOBHM style that’s undeniable. However, their glammy Slade-like rhythms and break-neck speed signaled a very punkish angle, reflecting the energy and nihilism of the exploding punk phenomenon, and their unique interplay between song styles, even mid-song as in “Who Is My Killer?” had an incredible effect, yet it was sadly underexposed. In retrospect, most truly innovative bands trying something new have had a cold response in general, par for the course in the case of Charlie ‘Ungry as well, with their incredible fusion of British metal guitar, pulse-pounding glam vocals, and white-knuckle punk rock delivery. Most simpletons just couldn’t get their heads wrapped around it.

The band got a chance to go into a professional studio in 1977 and lay down a session of tracks at Argonaut Studios with Tom Newman (produced of Mike Oldfield’s Tubular Bells LP), a singular session that yielded a full LP worth of material, all knocked out live in the studio with minimal overdubs and with their pure intensity firmly in place. The three tracks they pulled from this professional studio session were used on their self-released debut EP, but with the intricacies sewn into the would-be, albeit lengthy hit song “Who Is My Killer?,” the EP was delegated to the dreaded 33rpm 7” format. This small detail was enough to be elbowed out of rotation for many DJs of the era, assuring this little explosive gem would slip through the cracks despite it’s actual top 20 UK chart action. Now we present to you, a slightly altered version of the ‘House on Chester Road’ EP with one song interchanged with an incredible, first-time-on-vinyl track just because you really deserve nothing but the best, so crank this up until your head starts throbbing, your ‘Unger for Charlie ‘Ungry will not be underestimated. – VictimofTime.com

Recommended If You Like: Slade, Cheap Trick, Status Quo, Plod, The Who, Budgie, NWOBHM fringe oddities

Charlie Ungry – Who is my Killer – from Red Creative on Vimeo. 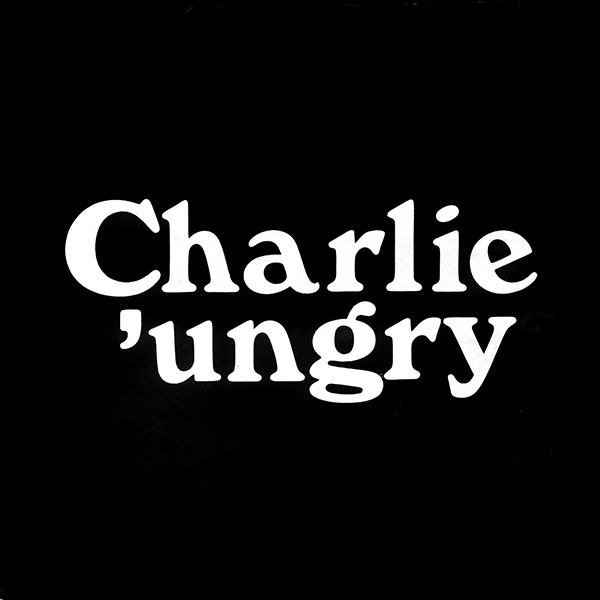