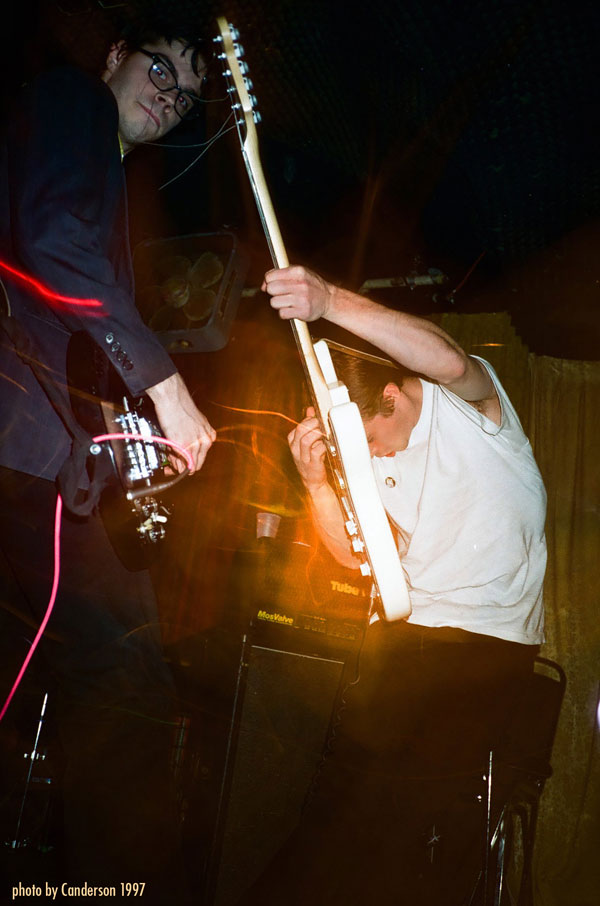 Chicago’s last devastating blast of the 20th century, the most revered live band (and on record), The Brides, were at one point in the mid 90s, so intimidating, so snide and punk-soaked perfect, that we could barely muster up the courage to even ask them for an interview for the second issue of Horizontal Action. This band was a savior and a demon at the same time, and once you experienced their utterly savage squall reeking of the Viletones, Pagans, and Crime, right when those bands were being resuscitated for the next generation to fully grasp, it would never really let you go. Their singles on Rip Off and Sack’O Shit were three reasons alone to move here, and as we started the magazine, the irreplaceable sound of The Brides was most-definitely our soundtrack. Not all bands from the 90s have aged this well, but these songs just seemed like they were never really set in one time or place, making them such universal favorites, and Midwest legends. Look for a full LP’s worth of singles tracks, demos, and rarities coming soon on Hozac.

Recommended If You Like:
Crime, Pagans, Viletones, Rip Offs, Teengenerate