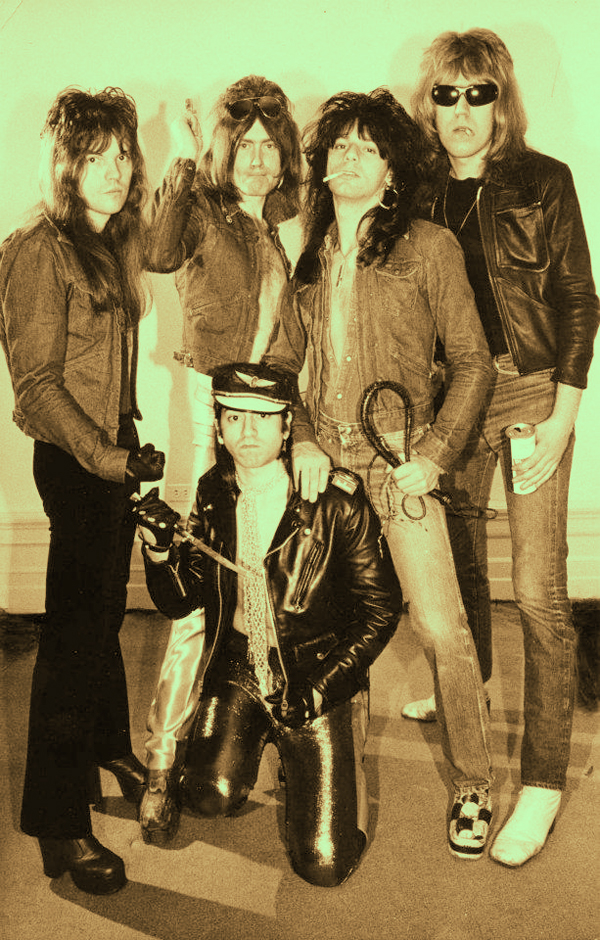 When guitarist Rick Rivets left the fledgling NEW YORK DOLLS in 1972, he didn’t switch gears so much as he just assembled one of the toughest US Glam rock bands of the era, THE BRATS, who with the help of Whiplash Records, released their debut single, one of the first independent “underground” singles to come out of the New York scene, along with Television’s “Little Johnny Jewel.” Released initially in 1974 on a defective pressing, it quickly slipped into obscurity until in 1976 when the label re-issued the 7″ while that version of the band was no longer active, resulting in poor distribution and ultimately a failed release based on it’s incredible potential. We have gone through the archives with the folks at Whiplash Records and culled out superior versions of theses two classic glam rock cuts, both cleaner and louder than ever presented before. Some may recall the vicious cover of “Be A Man” by SF Bay Area Rip Off Records punk legends, The INFECTIONS on their debut LP as possibly their first exposure to the BRATS, so its with great excitement to add THE BRATS to the roster of HoZac Archival with this sparkling and powerful proto-punk debut single, now presented with the trashy clarity and gritty city ugliness painfully intact. And did we remind you that the B-Side is a SUPERIOR alternate take, available here for the first time anywhere?! -VictimofTime.com

The Brats were among the earliest offshoot bands from the New York Dolls. The New York-based quartet was formed by Rick Rivets, an alumnus of the Dolls, with drummer Sparky Donovan, vocalist Keith West (not connected at all to the singer from the U.K.-based Tomorrow), and Andy Doback. The group was organized by Rivets in the early ’70s and based in Queens, NY. Rivets was already putting together a band, and had Donovan on board when he chanced to visit the Music Box, a now-legendary record store on Union Turnpike in Queens, where Keith West offered the best in used records, underground U.S. releases, U.K. and German imports, and bootlegs. A leading exponent of the Flamin’ Groovies, Dr. Feelgood, and a brace of lesser-known but equally important acts of the time, West was already a kind of rock & roll guru to a lot of teenagers and college students in the area. West was also a good singer with a charismatic persona, and soon became part of Rivets’ plan. With David Leeds filling out the fourth spot, they rehearsed in SoHo (then a newly opened industrial-cum-residential part of Manhattan) and moved into Bleecker Street, where their early rehearsals and gigs had them brushing up against a pre-fame Kiss.

Their sound was a punchy brand of glam rock, somewhat similar to the New York Dolls (for whom they opened at their first gig) and they were also heavily influenced by the Kinks, the Yardbirds, and the early Rolling Stones. Their mix of originals and covers of the latter bands’ repertory attracted a fair amount of attention at venues such as Max’s Kansas City, and they earned the imprimatur of no less a figure than Alice Cooper (who, so it is said, came up with the group’s name) — they wrote a song for him, in turn, entitled “I’m So Cruel.” Their lineup went through numerous changes between 1973 and 1975, with Leeds departing, Mark Mayo joining on lead guitar, and Mark Polott taking the bass spot. They lasted into the punk era, which they may have helped herald, and may have been an influence on the Ramones; it was rumored for years that the latter group’s “Beat on the Brat” was a reference to the rival group.

The Brats got onto the live compilation Max’s Kansas City 1976, cut at the legendary New York venue, and they released one single with a cool A-side and an incredible B-side called “If You Can Rock You Can Roll.” Sadly, the group never earned serious coverage of their music by the mainstream press, and only broke into local news over a mishap at a gig. One night at a show, in an incident that recalled the appearance of the Who on The Smothers Brothers Comedy Hour, the explosives they used to punctuate their stage act singed (or worse) some audience members, which earned them coverage in the local tabloids of the time. Rivets later moved on to other bands, including the Corpse Grinders. A reunion of the Brats took place soon after the start of the new century, and their music, old and new, continues to excite and intrigue new listeners in the 21st century. -Allmusic.com

HoZac Releases by THE BRATS 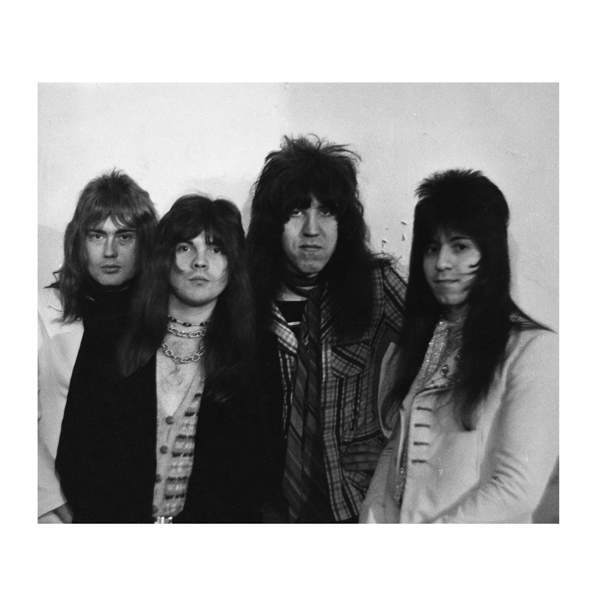