Canberra, Australia in the mid 1970s: Teenagers Steve Kilbey, Dave Scotland, Joe Lee, Ken Wiley, and and Peter Koppes form the ultimate amalgamation of sneering, vicious glam rock, BABY GRANDE, out of the ashes of the short-lived, Precious Little. Taking cues from Roxy Music, Alice Cooper, Stooges, Bowie, T. Rex, and other sub-level trash-decadents, BABY GRANDE rode their own wave and carved out their own sound, but with some high-profile opening slots for AC/DC in 1975, their salacious glitter rock was too late for the trend, caught between cultural shifts, as happened to so many other bands during this era. Cranked up glam rock with snotty vocals wasn’t exactly new in 1975, but in Australia, a new breed of hard-rock-fueled fans congregated around the beer-guzzling Sharpie scene had emerged, and BABY GRANDE just didn’t quite fit in, despite their all of their finely-crafted aggression and savage delivery. Their decadence was showing through their crushed velour, and the meatheads probably felt threatened, so even after a promising signing to EMI records, the band was dropped, and reluctantly split up. It’s a story you’ve heard a million times by now, but at least this time, there’s one incredible chunk of somehow buried, yet blazing rock’n roll holding it up. Just the way the band stops mid-song on “Going There And Back” and inserts the chorus to Mott/Bowie’s “All The Young Dudes” and then dips right back into their own song is something to behold.

The tracks included here cover all of their previously unreleased recordings at Alberts, EMI, and Air Studios, sadly all that’s left of this incredibly important band. Another true missing link between glam and punk, and even a glimmering seed or two foreshadowing the dark-pop sound KIlbey and Koppes would later find when forming The Church. But for the most part, BABY GRANDE sounds nothing like The Church, it’s an adrenaline-charged collection of razor-sharp ball-crushing hits. From the agitated, snot-strut of “Zephyr” (recorded during the same weeks as The Saints’ debut LP, with same producer, Rod Coe), to the sadistic and bizarre “Madam Lash” from earlier sessions in 1975, to the downright shocking and violent lyrical content in “Gettin’ Away With Murder,” it’s one insane album that you really have to hear. Seriously lost to time, so few people even in Australia had even heard of this band, but after getting in touch with the members and getting that jaw-dropping “We have an album’s worth of material” email, we had to put the hammer down and make this album a reality.

The missing link between the Sex Pistols and AC/DC? You make the call, but we’re really glad this one didn’t slip through the cracks. So crack open a Victoria Bitter, drop the needle on, and close your eyes and imagine the Xandau Club on a Saturday night in 1975, and BABY GRANDE is bashing out the HEAT like the greatest band you’ve ever heard. – VictimofTime.com 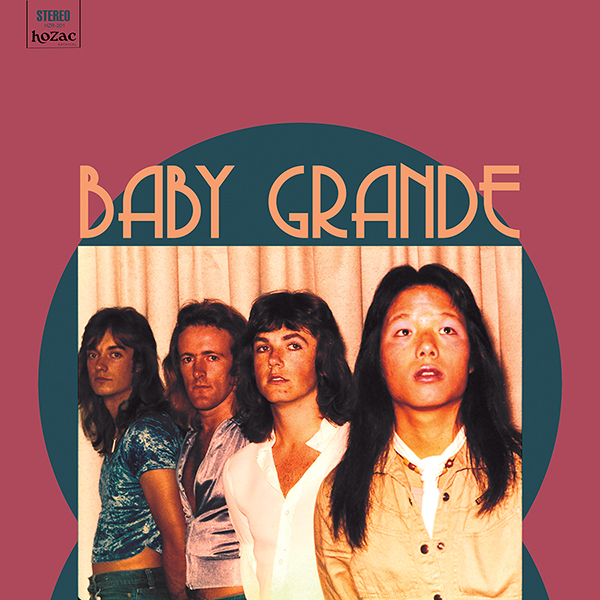