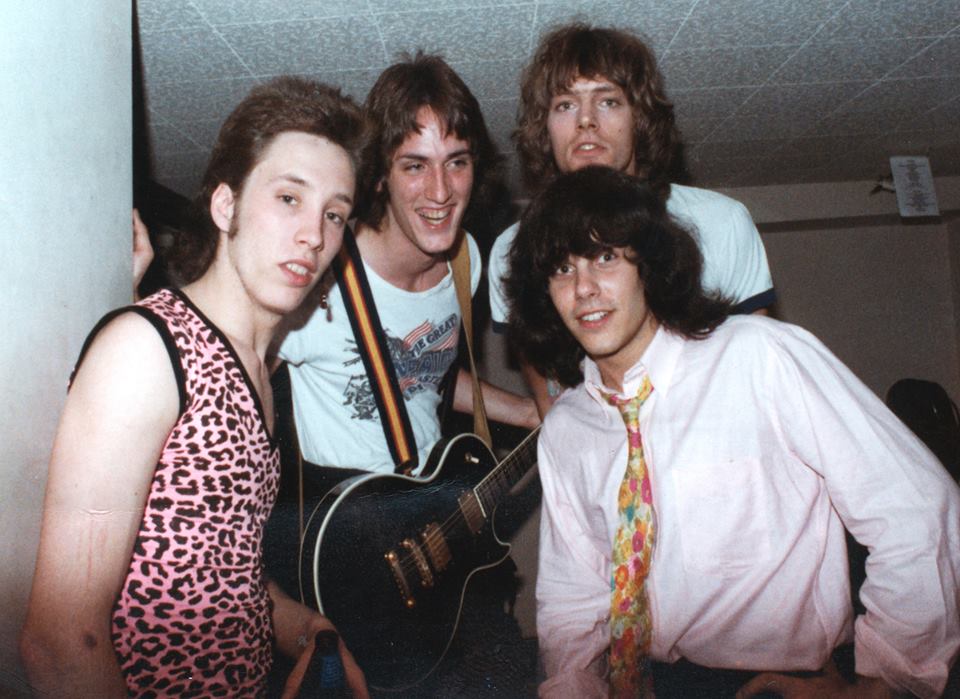 It’s with extreme pleasure that we unleash the only true document from Adam Roth’s underground music. Since discovering the endless joy that the 1981 film Down The Shore demonstrated we made it our mission to track down Adam and get this amazing LP back out into the world. Unfortunately Adam passed away far too young and left us in 2015, but before that tragic event, we got the wheels in motion for this project.

Recorded as part of a DIY film soundtrack for the top-tier DOWN THE SHORE (aka Beach House), Adam Roth and his brother Charles formed a pickup band based around scenes from the amazing teen trash film. The resulting LP is one of the best of the era, a truly KNOCKOUT album of pure Punked-Up Power Pop prowess, and until now, nearly impossible to find. Adam’s longtime pal and comedian/actor Denis Leary even co-wrote one of the tracks included here, and Adam later was the music director for his TV series Rescue Me. Adam also was known for working on the film To Die For, starring Nicole Kidman and Matt Dillon …the latter of which, Adam Roth had taught to play guitar for his role in 1983’s classic Rumble Fish. So many crazy connections, and such an incredible album AND film!

This year’s 40th anniversary remaster sounds crisp & deadly, and featured new liner notes on the insane film & LP project from Adam’s brother Charles Roth, detailing how their manager ended up dumping the majority of the original LPs in junk stores after a disagreement, where they disappeared quickly into the ether. So glad to finally help this soundtrack back out into the world and only wish Adam could have seen it happen!

Recommended If You Like: The REAL KIDS, The FRESHIES, The BOYFRIENDS, The BEAT, EPICYCLE, SPEEDIES

STREAM the Down The Shore soundtrack here: